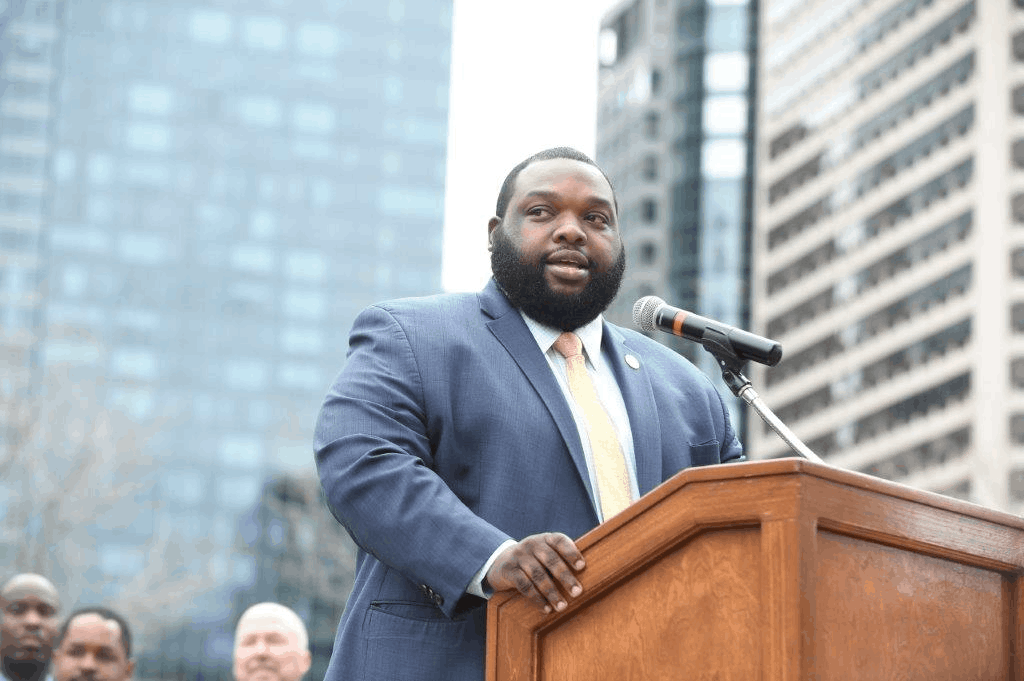 State Representative Jordan Harris was first elected to represent the 186th Legislative district, covering parts of South and Southwest Philadelphia, in 2012. Since then, he has quickly become a rising star in the state legislature fighting for progressive ideals including criminal justice reform and education reform. Most recently, Harris was elected by his fellow legislators to serve as the Democratic Whip in the state House, which is the second-highest position in the caucus behind only the Democratic leader. Harris is only the second African American in the history of the Pennsylvania legislature to rise to this level in House leadership.

A graduate of Bartram Motivation High School and then Millersville University, Harris previously served the people of Philadelphia as the Executive Director of Philadelphia’s Youth Commission. In this position, Harris advised the Mayor, City Council, and other advocates on issues relating to youth in Philadelphia. Harris initiated programs to help youth in Philadelphia find constructive activities and created a program to help high school students meet the credit requirements to graduate from high school.

In his time in the state House, Harris has championed progressive ideals that matter most to the people he represents. His accomplishments include: 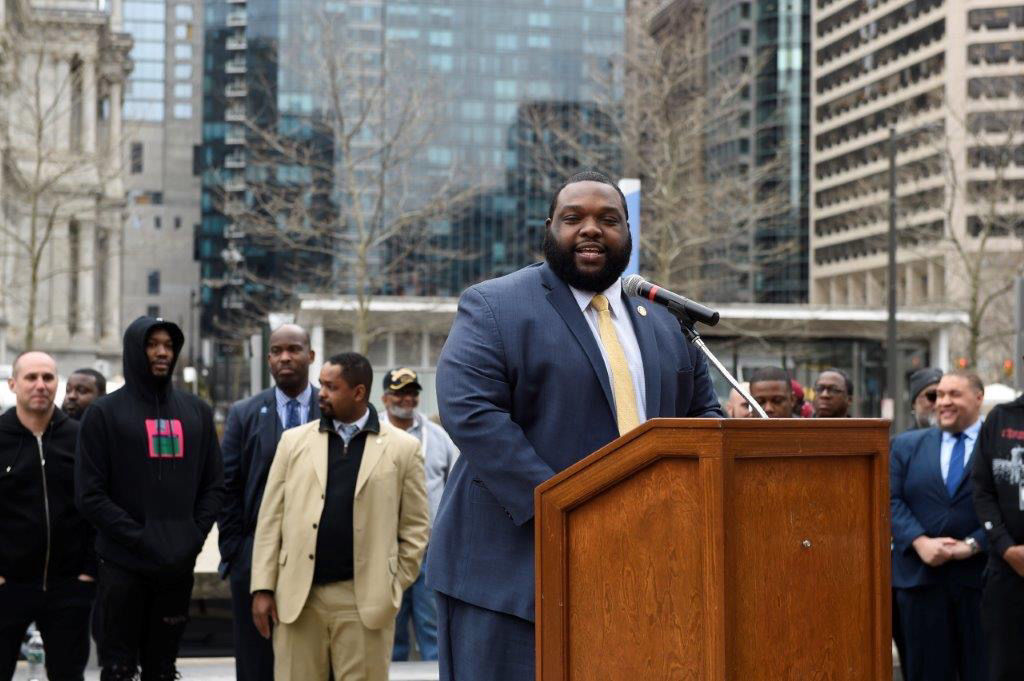 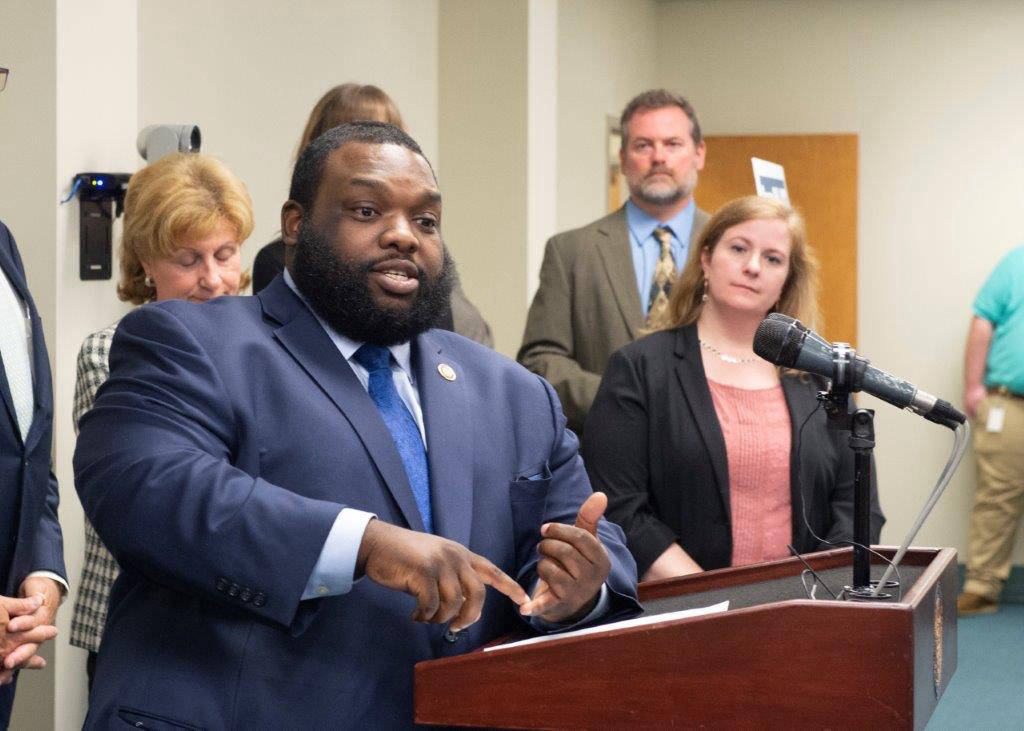 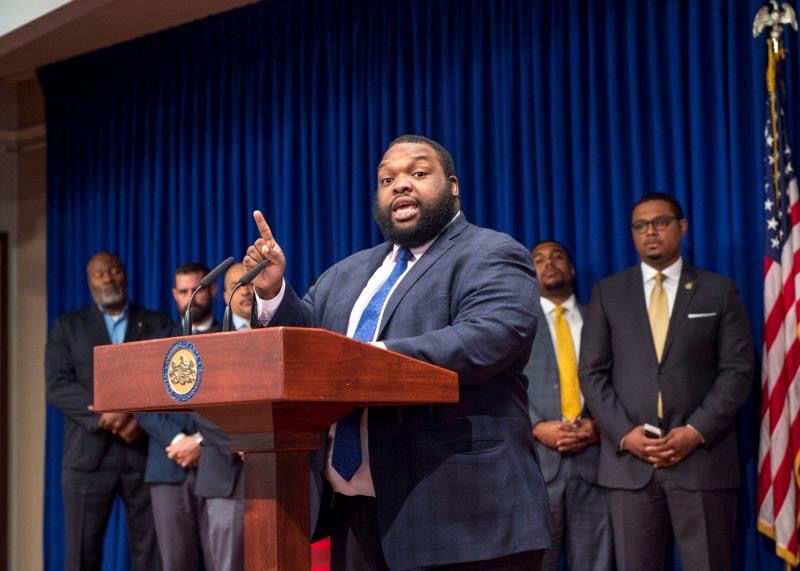 As chairman of the Pennsylvania Legislative Black Caucus, Harris brought Governor Tom Wolf to Philadelphia to help address the gun violence epidemic plaguing our community. Harris was instrumental in having gun violence recognized as a public health crisis and worked tirelessly in securing a $60 million grant program from the state to help fight gun violence and increase community safety. Harris also played a key role in creating Pennsylvania’s Gun Violence Task Force to target gun traffickers and help get illegal guns off the street and out of our communities. Recently, Harris helped to bring a $2.5 million increase in the state budget to fund the Gun Violence Task Force and help empower them to make our neighborhoods safer.

Harris has quickly become a nationally known figure in the fight to reform Pennsylvania’s broken criminal justice system. Working in a bipartisan fashion, Harris sponsored legislation that created Pennsylvania’s Clean Slate Act, a first-of-its-kind law that is automatically sealing up to 30 million low-level criminal records in Pennsylvania. This will allow formally incarcerated individuals who have served their time and stayed out of trouble the ability to access employment, housing, and educational opportunities they previously wouldn’t have been afforded. Pennsylvania’s Clean Slate Act has been heralded as a national model for Clean Slate legislation and has been taken up by other states as well as having legislation drawn up at the federal level to make a national Clean Slate program.

Harris previously worked with Governor Tom Wolf to enact a ‘Ban the Box’ policy that removes questions from state employment applications asking if a potential employee has a criminal record. Policies such as Clean Slate and ‘Ban the Box’ help lift individuals out of poverty and create generational change for families. Harris is continuing his fight to reform Pennsylvania’s broken criminal justice system by currently pushing for bipartisan probation reform to help lift people out of the quicksand of the probation system and become contributing members of their community again. Harris has also sponsored legislation to reform Pennsylvania’s occupational licensure system to give formally incarcerated individuals better access to professional licenses. After passing the House, that legislation is currently awaiting action in the state Senate and would further empower individuals to access employment opportunities and start their own career.

Believing in the power of our community to create a positive environment to thrive in, Harris has been instrumental in bringing in nearly $5 million in state funding to empower the 186th District. Harris has fought for multiple state grants, including:

- Funding to help build the Schuylkill River Trail, which will connect neighborhoods and give residents access to traverse the city safely.

- Funding to create a community garden and refurbish a neighborhood playground.

- Funding to empower a local public school to purchase a new cooler.

About
News
Donate
Get In Touch

"Shall we call them savages and monsters and treat them as if they are somebody else’s problem or recognize that these are our children and help them overcome their sense of hopelessness - that they might believe again and dream again and someday realize their dreams?"
-Jordan Harris